Mobile website for cyclists provides information on the road 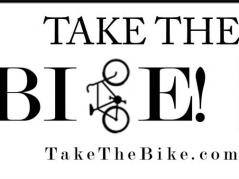 URBANA - Gary Cziko is the quintessential cycling enthusiast. He is the Champaign-Urbana contact for Cycling Savvy, former president of the non-profit organization Champaign County Bikes, and he bikes around town wearing a high-visibility vest that reads “How’s my driving?” on the back. But even Cziko learned a few things from a group of University of Illinois students who developed the mobile website TakeTheBike.com to encourage more people to try commuting on a bike and do it safely.

The team of four U of I students, which included Dan Sochacki, Jason Fanning, Kate DeMuro and Tyler Austgen, developed the mobile website as a class project for Ming Kuo’s environmental psychology course. They began by informally evaluating the Champaign-Urbana cycling community and identifying a core group of current cyclists to help them promote their mobile site and encourage those who aren’t using a bike to commute—yet.

Cziko unfolded a large printed map that he helped develop which includes bicycle laws, tips for riding a bike safely in traffic, and information on how to repair a bike “This printed map has a lot of great information, but it’s static,” said Cziko. “What they’ve done with this mobile version is dynamic and interactive.”

One example of the interactivity of the TakeTheBike mobile site is its enhanced Google map  with special information for cyclists. Sochacki demonstrated how a cyclist might use the site while riding in Champaign-Urbana. “If they’re near Crystal Lake Park, they just click here and a box pops up with information about the bike routes at the park,” he said. “The site also has links to videos that shows step by step how to inflate a flat tire, which is information a rider needs out there on the road when they get the flat.”

Fanning, who is working on a doctorate in exercise psychology and programmed the website, hopes the site will give people who are considering biking to work the confidence to try it. “There are lots of reasons to commute on a bike,” he said. “It’s good physical exercise, but there are environmental benefits as well, such as reducing your carbon footprint by using less fossil fuel. We want to encourage people who are already comfortable biking to work to invite a friend to join them and see how easy it is.”

In addition to the mobile website, the team created TakeTheBike stickers. “People can put the waterproof stickers on their water bottle or on their bike or bike helmet, and hopefully others will ask them about it, and it will lead to conversations about cycling,” Fanning said.

Kuo linked this strategy to what the students learned in the course. “Environmental psychology tells us that one of the most powerful influences on our environmental choices by far is simply what the people like us do. One-on-one conversations are key,” she said.

DeMuro described some creative ideas that include mild competition  the team came up with to encourage more cycling.  “We could help people set short-term and long-term goals like biking to work three days a week and working up to biking every day.  Or, to encourage people to use a bike to run an errand, we might encourage local businesses to offer a coupon as an incentive to those who rode their bike,” she said.

Another idea sounded like a scavenger hunt on a bike. “Various businesses would post distinct QR codes,” Sochacki explained. “The cyclist would scan the QR code and get the location of the next stop.”

Cziko hopes to incorporate some of the ideas generated by the team of students into his local efforts to encourage safe cycling, including the ideas of gentle peer pressure from friends who cycle and the mobile website.

Fanning noted that, if people visit the TakeTheBike.com website on a non-mobile device, they’ll currently be greeted with a “This site is under construction” message. Although he plans to have  the desktop version operational soon, the mobile version makes much more sense for cyclists.